"Today as ambassadors of freedom,

As we know, Light shines

even brighter in the dark."

"The Message of Waters

invites us to look within us"

At the occasion of the Centenary of the Armenian Genocide in September 2015, the Ararat Academy of Sciences awarded Ricketts for "Arts and World Culture" at UNESCO in Paris, for her first conference held on her relic, “And this is Iraq” which she dreamt about in 2008, pre-announcing an “upheaval coming from Africa” later known as the “Arab Spring”.

In honor of all victims of power abuse, “Human Wave At The Bus Stop” (2010) revealed the refugee-wave, her 2nd donation for the Agence Internationale pour la Paix in Paris, accompanied by her compelling speech on "Genocide, Art and Peace”. — 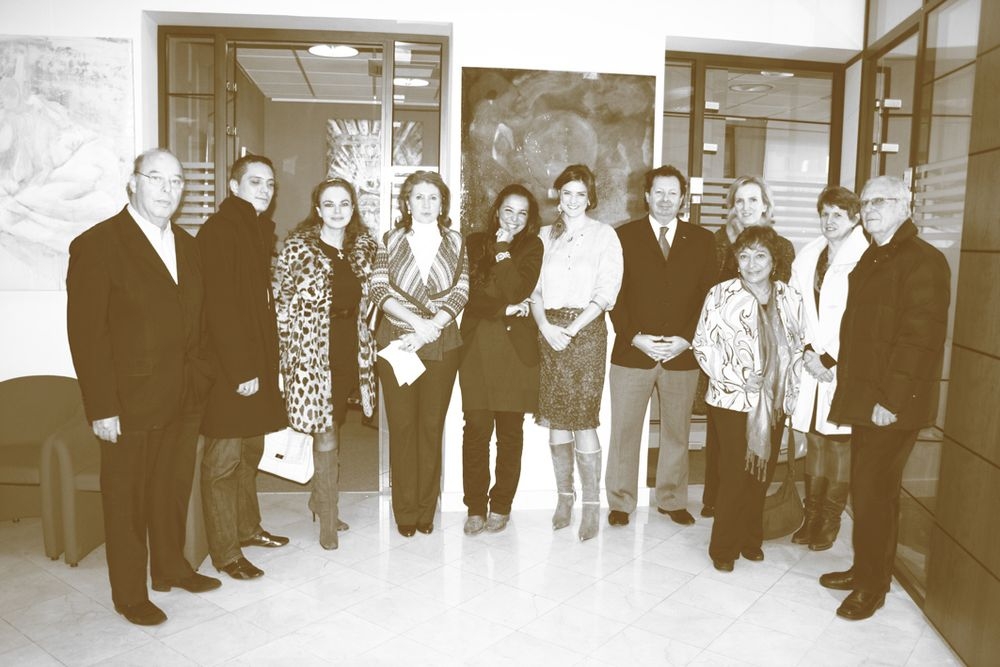 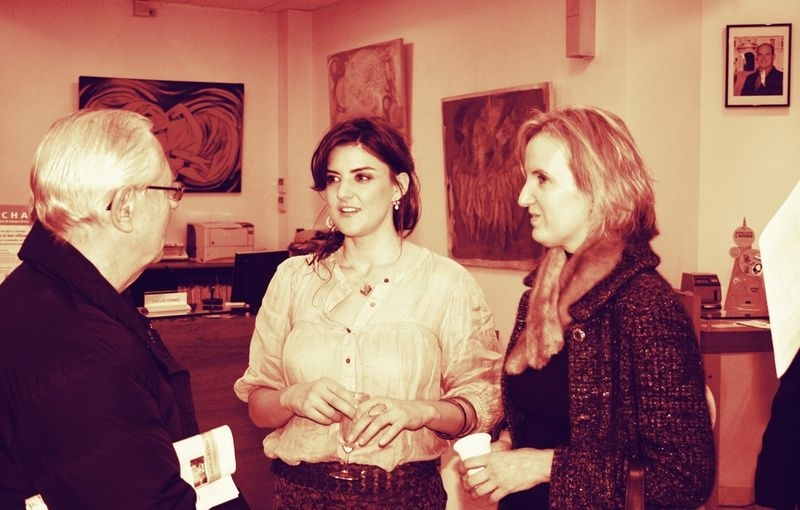 Projection of Jeanne Ricketts' short-film TRAPPED IN FREEDOM onto one of for her earliest murals painted in the vault of St. Louis' Chapel, built in 1646 in the hamlet of La Doire de Séranon, off the famous "Route Napoléon" in Provence, (F). "Heavenly Kingdom, Earthly Kingdom" is the title she gave to her 5x7,70m mural she painted during six months of hermitage in multiple layers of shades of inks, providing the viewer with a sensation of swaying between two parallel realms. The inaugural media coverage of this masterpiece triggered over 60 murals and ca.150 small to large scale art pieces, partially commissioned across Europe, Japan, South Korea, Brazil, the Middle East and the USA.

( LA HAIE DU RENOUVEAU ) - a 12m street art palisade created at Romy Schneider's "villa Solitude", in Cap d'Ail, South of France, where Ricketts had the greatest privilege to be invited to re-vibe it for a year.

" Representations of visual analogies of the soul's "inscapes", which may be perceived as the celebration of any shape alive, united into a hedge of protection against self destruction.

With Korean artist YOUN at a Picasso show, 2013 and few years later.

A series of unique limited editions of the triptych and previous of her chapel works were sold that day. All proceeds supported the current building costs of the Academy de Sales Orphanage in Bangalore, India. 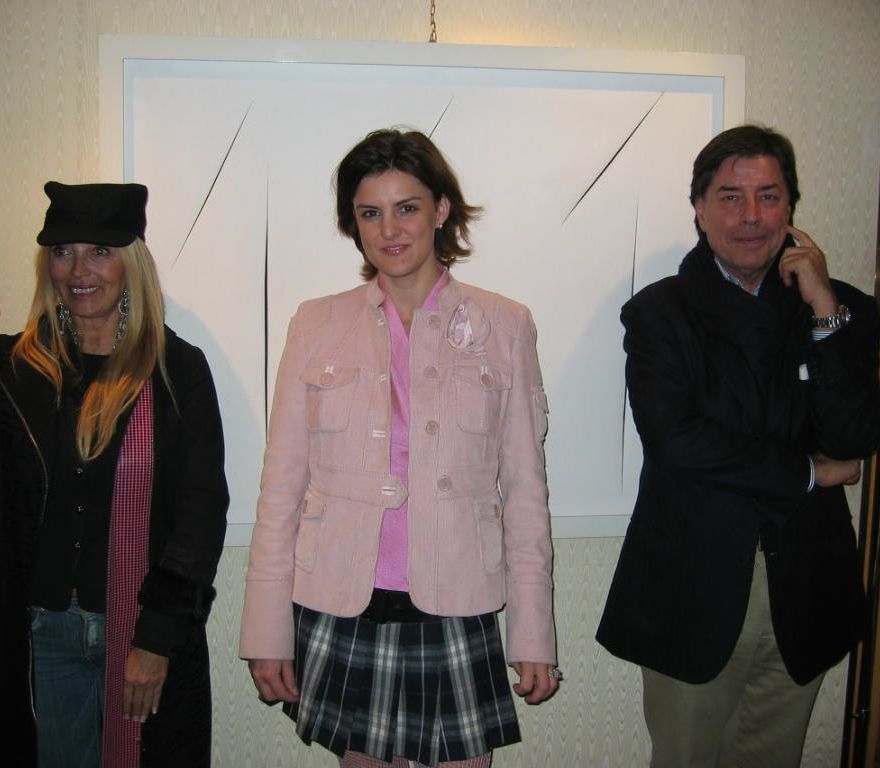 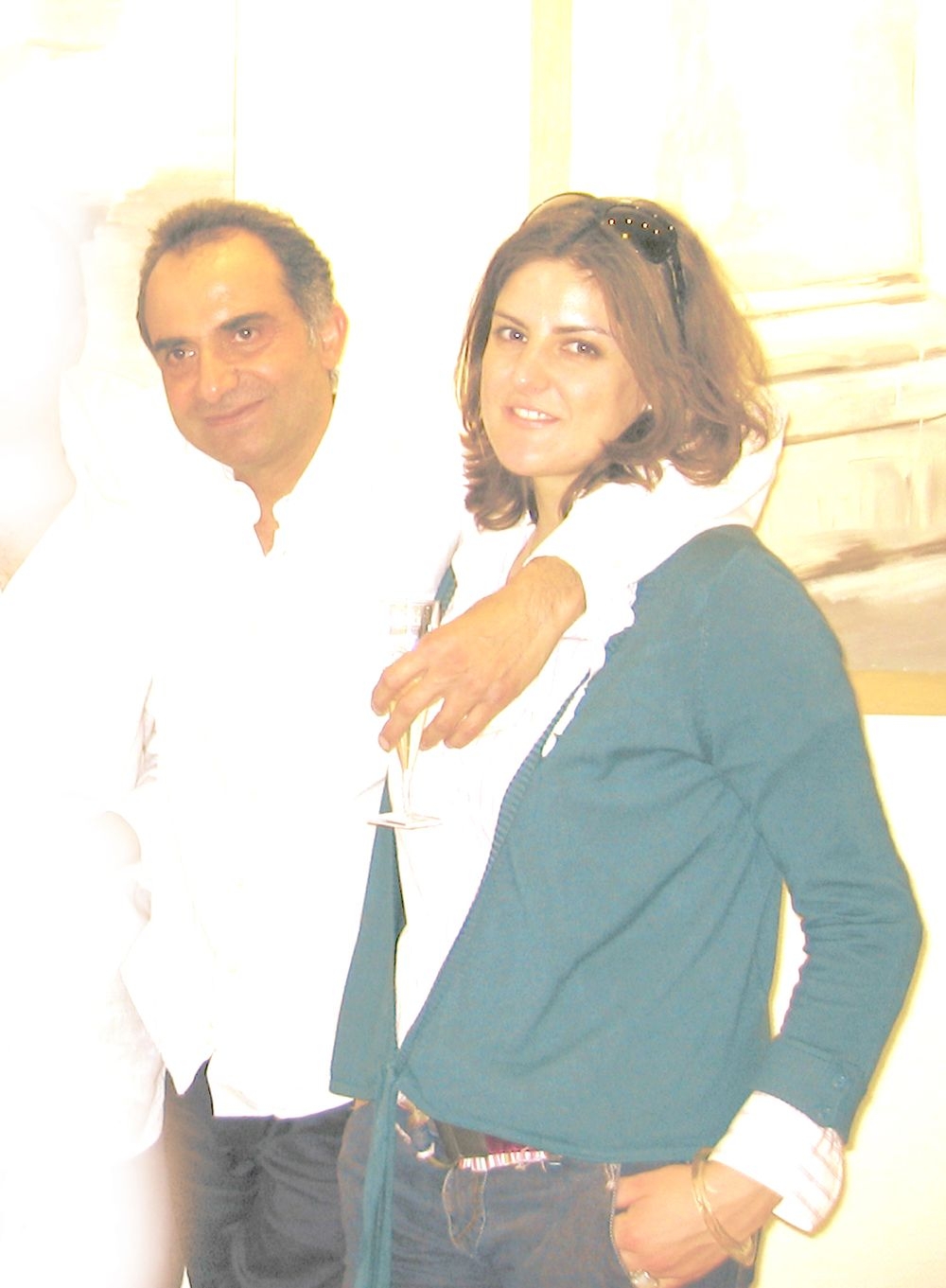 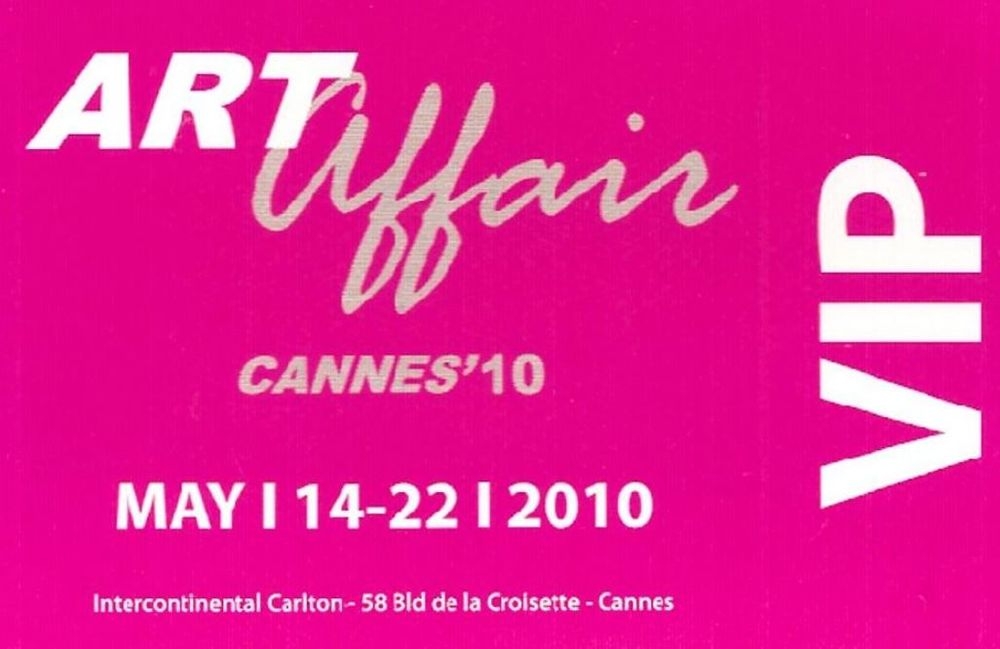 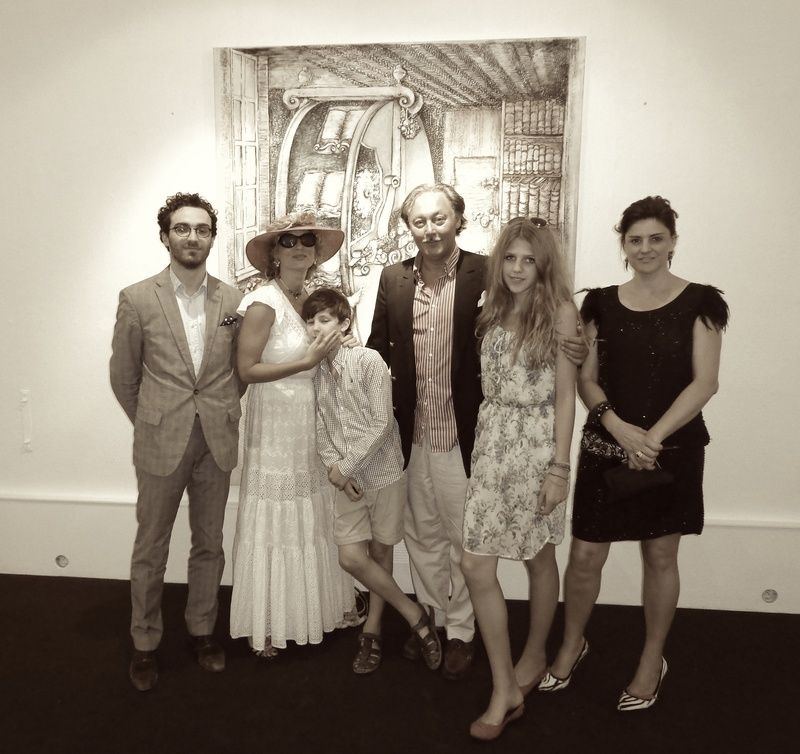 Ricketts stamp designed in collaboration with Jean Fissore, the late director of the MC stamp office.