T R A N S C E N D E N T A L  visionary Art isn't so much a movement, as it is a theme. The style of the individual artists will vary radically, but their common theme is their attempt to portray the world beyond physical sight and to overlap mystical and spiritual ideas.

Visionary art purports to transcend the physical and scientific world and give the audience a virtual vision (hence the name Visionary Art) of what the world might look like if we could see spiritual and mystical things in our every day life.

The type of mystical energies portrayed in Visionary Art varies from artist to artist, but the four elements (water, fire, earth and wind), love, lust, holy, unholy, positive and negative forces are all reasonably common.

Art that deals with such themes isn't new either.

Wiliam Blake, Hieronymus Bosch, Salvador Dalí, Max Ernst, Gustave Moreau, Remedios Varo, Frida Kahlo, Edward Burne Jones, Ernst Fuchs (Ricketts' master), Hundertwasser and Samuel Palmer are notable examples of artists who dealt with the theme of overlapping the real world with an imagined world of mystical energies. Some artists, like William Blake, even claimed to talk to angels and claimed they could see into the other world.

In the U.S. the term "Transcendental" painting was associated with a group that formed one of the most prominent of the modernist art movements in New Mexico, and it embraced abstraction to a higher degree than most.

"signs of the Times"

Driven by locutions, which often incubate as symbolic portraits of premonitory situations of current affairs,

as well as how we relate to one another from holistic perspectives.

Heaven as united with Earth as our Body is with its Soul.

Jeanne Ricketts being interviewed by Dr. Philip Romero MD on her first 30min outer-body experiences she lived in Greece (1996) reflecting in her murals : "Heavenly Kingdom, Earthly Kingdom" in the vault of this chapel built in 1646.

Dr. Romero met Andy Warhol amongst other artists and scientists, and wanted to study what spiritual people have in common, in the pursuit of brain studies and building a theory on proving that spirit of Art = Survival, and how it can be used to bring resilience and peace at all times.

Jeanne Ricketts on her 3m high scaffolding in the early stages of her mural in the vault of St. Louis Chapel of La Doire de Séranon, Provence, France, Christmas 1999.

This group portrait represents Mahatma Gandhi, MLK, Mandela and Mr. Soetoro (Obama), which I exhibited in a private American club during the U.S. presidential "selections" in 2008, as I assumed from a dream I had, that Obama would win, hence assumed he belonged to the other Great Souls who sacrificed their lives for Freedom to end modern slavery.

The story behind this painting I myself didn't understand fully at the time, was motivated by a premonitory dream I had in Summer 2008.

I was walking on the sandy beach shores of the South of France, whilst having a conversation with Obama.

IN THE DREAM, I saw myself sitting down with him in an empty café which exists for real, called "Le Baobab". As we both sat down to end our conversation, surrounded by none except two dark shadows facing Obama, I assumed these were his bodyguards, when all of a sudden I saw with my third eye, what was happening behind my back..

One of those dark shadowed figures, was about to chop-off my right hand with an axe, whilst Obama did not warn nor protect me from "Them". I then instinctively braced myself and woke up from that nightmare, still looking deeply into Obama's eyes in shock, still believing he was coming into my dream representing "Hope". - Because that vivid dream, almost costed my right hand (I paint with), I knew my existence would disturb an evil agenda one day, and that Obama would inevitably become the next "selected" president.

In this painting Soetoro (Obama) is shedding thick tears of regrets at the end of his life,

whilst lots of open handcuffs sway in the air, symbolising the end of modern enslavement.

(Never question the source of an artist not knowing everything himself at the time of creation. 2008-2014)

reflecting relevant truths about the universal puzzle of our unity

"I started this piece in May 2001 in Amman (Jordan), continued painting it in 2007 and finished it over Christmas 2010, when I suddenly foresaw emerging through my own creation, a nuclear disaster.

I was so overwhelmed by the possibility and reality of this vision from past visionary experiences which came true, that I at first wanted to destroy it, which is when I prayed over my painting instead, to reduce the damage of this unavoidable Damocles sword. As an act of intercessory prayers, I decided to merge in one of my own poem.

Only few months later, in March 11th 2011, the nuclear Tragedy materialized in Fukushima. My own brother happened to be there on site for professional reasons on the day the earthquake took place in Sendai, before the tsunami ravaged everything the next day.."

When brave hearts hear their call

They take the courage to leave the crowd

And dive into their "Holy Land"

Sacred experience in which all sense meets

By witnessing the birth of vision

Life frees those who embrace its healing touch.

Or a web in its own Light and space,

All sorts of parts whilst

life tears and tilts our epicenter,

Expressing freedom to exist and coexist,

Feared by most since all

As we're sculpting our lives,

We merge into life's spice !

Mid-July 2014 - I made a sketch of a Guinness book of records athlete who crossed all World's Oceans on a jet-ski and never spent a day without going for a swim. The number of times he could have died yet didn't, because he was always in prayer and One with the waves that protected his life, proved me that he was another omen transcending into my drawing.

By candle light.. he asked me to sketch his body and realised that the soul of the waves that surrounded him all his life were sticking around him in that sofa where he paused for me. The soul of his waves were so powerfully present that they transmitted me the same supernatural power to endure the impossible.

Next day I found myself painting with his transmitted wave-energy an 80 linear meter street art of waves, without ever getting tired; totally carried away by trance during 3 hot summer nights, without realising that it was physically surreal.

This piece became “the” pivotal breakthrough of my art-call I concealed into my brand SWAY®.

Mektub is Written in the Sea (Sea Soul Series)

AND THIS IS IRAQ

"And this is Iraq. Look what they have done to my Son."

This drawing is a holistic vision of Iraq, former Babylon, with it's souls (Shiìtes, Sunni, Kurds, Jews & Christians) hovering over their chopped up body (home). Later in the Spring of 2008, the spirit behind this sketch revealed in locution in front of a judge and lawyer who witnessed me telling him :

"watch it, as the next upheaval will come from Africa.." -

I had no idea what this was all about until it all materialised as "The Arab Spring", as explained by my witnessing lawyer friend a couple of months later.

In honour of all victims of power abuse,

“Human Wave At The Bus Stop” (2010) pre-announcing the refugee-wave at the time, became her 2nd donation for the 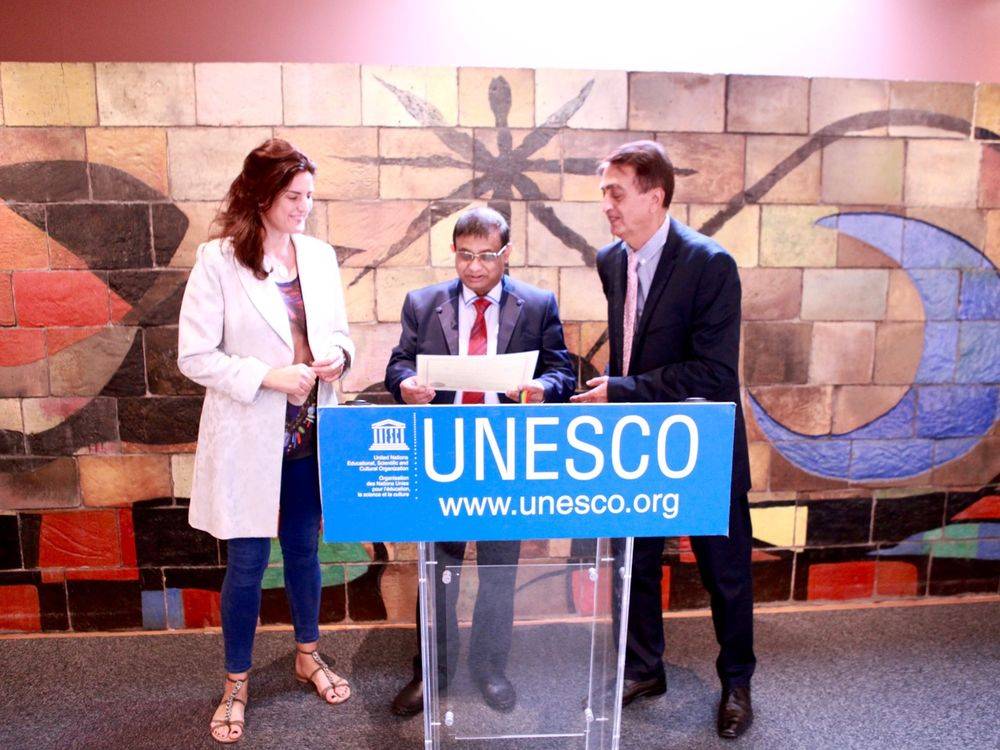 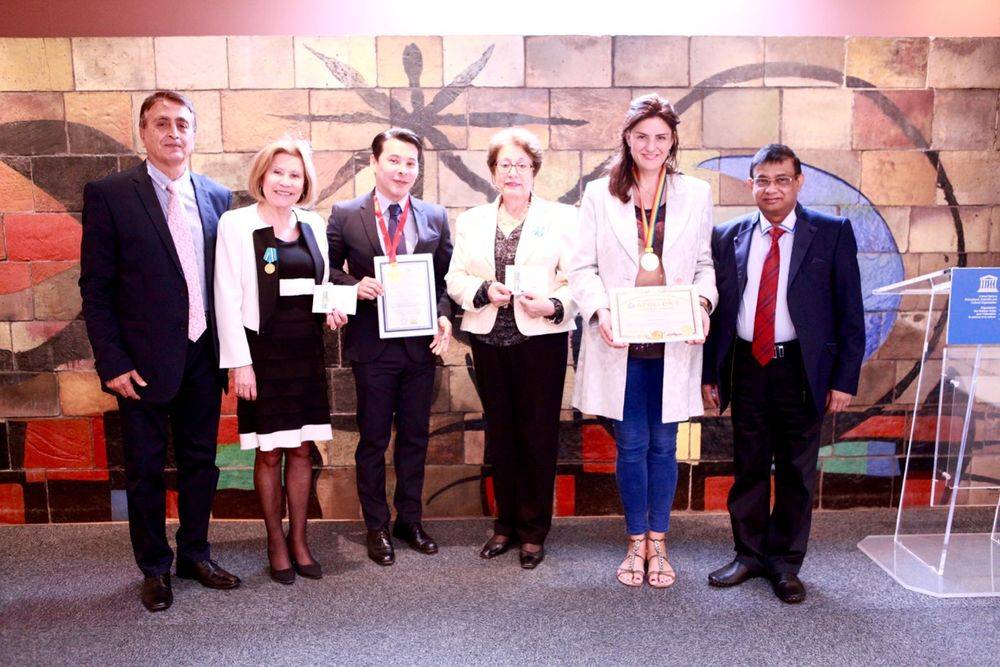 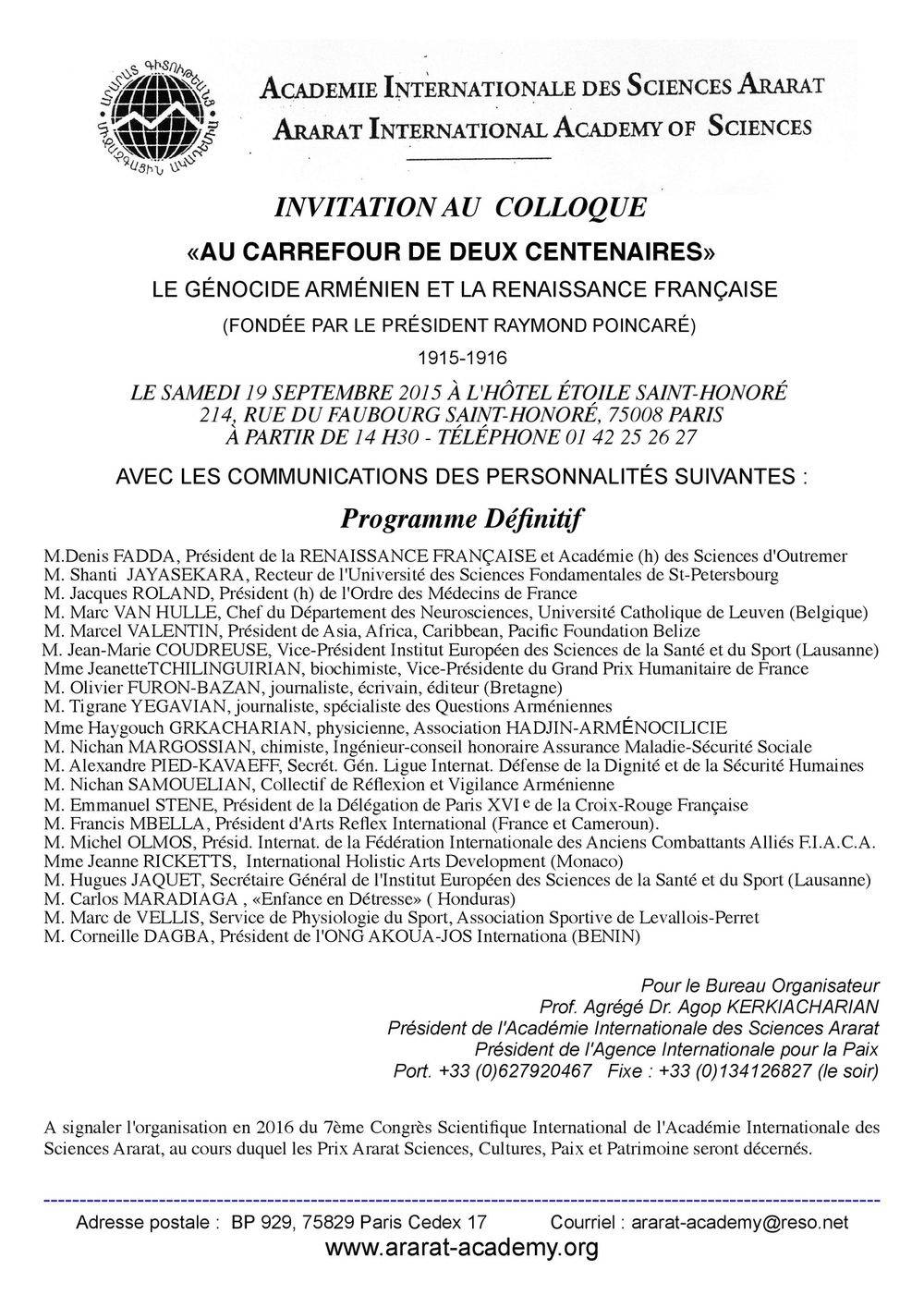 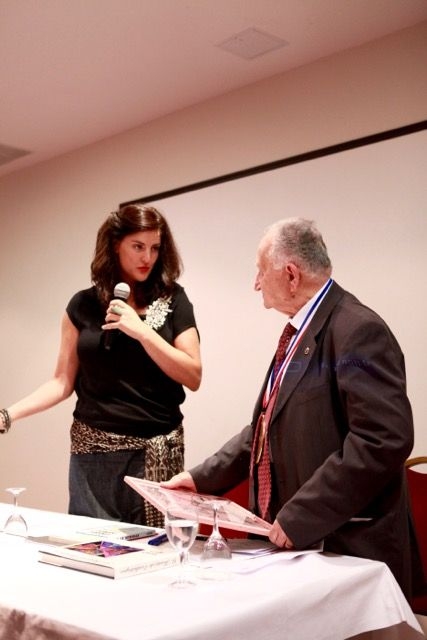 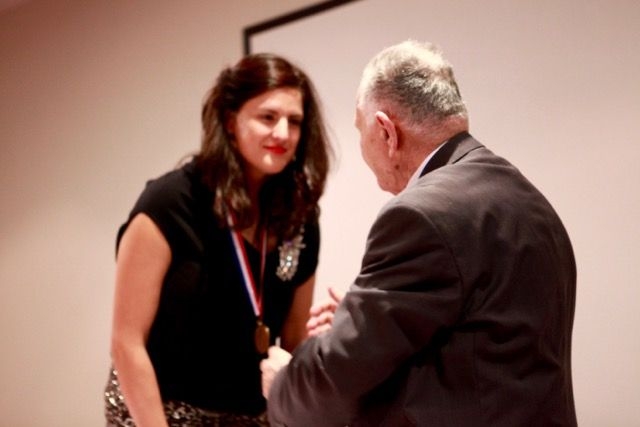 1915-2015 / Hundred years after the Armenian Genocide, History keeps on repeating itself.

Dr. Agop Kerkiacharian still standing up for the justice of the Armenian genocide, here with SWAY / Jeanne Ricketts, 19.IX.15 during her speech below.

I once visualized body & soul

as a shooting star

in which the body was a star

and the soul, a trail across the sky.

"The Man Who Threw Up His Soul outside Monaco's Casino

SWAY's Private View after her six months hermitage at

Composed of a series of 6 billboards

Sept. 2014 THE RENEWAL HEDGE ( LA HAIE DU RENOUVEAU ) - a 12m street art palisade in Cap d'Ail, "VEG'ANIMAL-HUMA'ELEMENTS. 4 Natures United 4 Life." Representations of visual analogies of the soul's "inscapes", which may be perceived as the celebration of any shape alive, united into a hedge of protection against self destruction.

>> Sway over picture to view video

" Representations of visual analogies of the soul's "inscapes",

a celebration of any shape alive,

united into a hedge of protection against self destruction.